45 years. Can you believe it? Many people ask me how Tousley Motorsports has succeeded for so long—and my answer always is “our customers.”  We couldn’t have reached this huge milestone without you.

The History of Powersports at Tousley

In 1971, my father was working at Tousley Ford. They had an extra stall in the garage that they decided to turn into a powersports stall. After all, Tousley Ford sold refrigerators and appliances and all kinds of stuff back then. They thought, "Why don't we try this motorcycle thing?" Tousley started off with only Hodaka motorcycles. They had a little fun with it and the shop kept growing.

Since 1971, the store has certainly changed a lot. I think the largest change was back in 1999, when we built the new building and sold the little old store.

The powersports business in general has actually changed a lot over the years as our population has aged. All the people who used to drive sport bikes have moved to cruisers and some are now driving trikes. We've had to weave and bob to adapt to the changing environment in the powersports world. I think we do a pretty good job at hedging our bets against what's going to happen and figuring out what's going to be the next biggest thing.

There's been a lot of different changes at Tousley Motorsports since 1971. What stays the same is our mission statement. We want to be a people-oriented family business that's recognized as a leader in the quality of goods and services we provide.

We're not some giant corporation where you never meet the true owner (or maybe there isn't an owner and it's a CEO and the stockholders.) My brother and I go to work at Tousley. We're here every single day. Our door is open for employees and for customers to talk to. We are approachable. We just want to be the best— that's never been dropped from our sights since we started.

The Future of Tousley Motorsports

What excites me about the future of Tousley is that we're in an interesting and exciting time right now in the world of powersports. Technology is advancing so much and it's trickling down into the stuff that you can ride. There are new electric vehicles coming out. Five years ago, we became partners with Polaris, and they have some really neat products in the pipeline. BRP is another one of our main partners here and I'm excited to see what they have coming out, too.

We're very excited to be celebrating our forty-fifth anniversary. There are not a lot of powersports stores that have been in business this long. It speaks volumes to how hard we work and just what we're about. 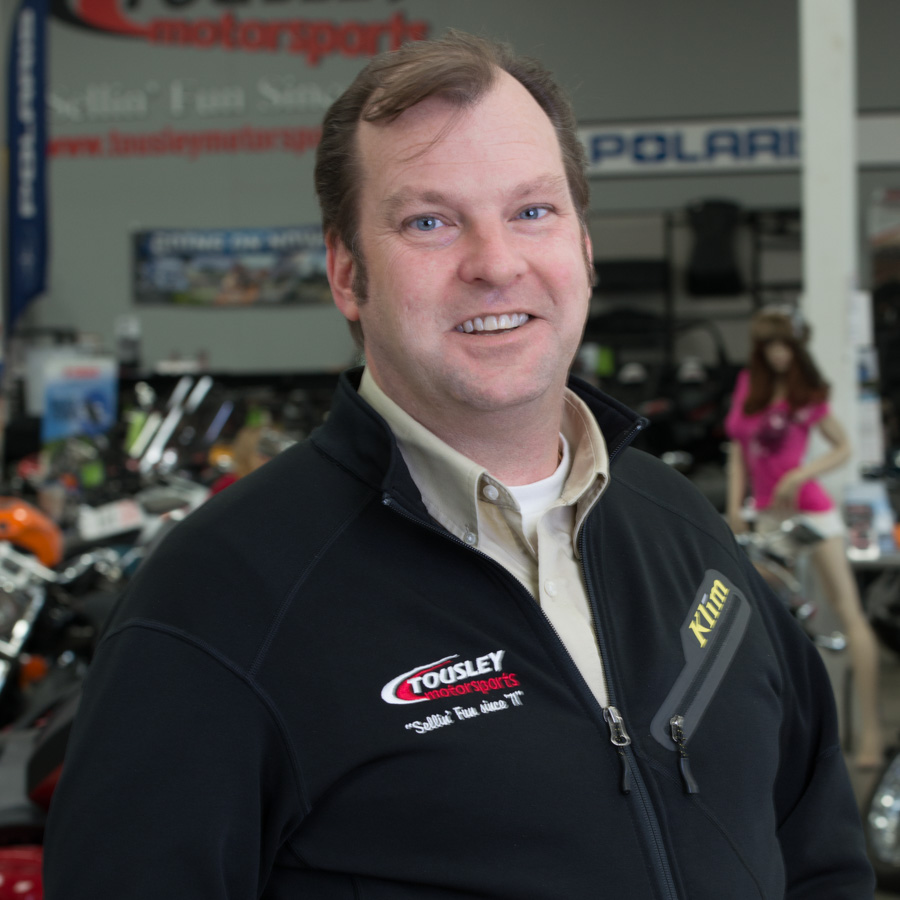